After nearly 5 months on the road in our Lance 1172 truck camper, we left mainland Alaska and crossed back into Canada. Mid-September was a beautiful time to drive the Haines Highway and take the Alaska Marine Highway to Skagway.

South on the Alaska Highway

Mid-September brought cooler temperatures and wet weather. This was great for helping stop the wildfires that had been burning throughout Alaska and northern Canada all summer. Upon crossing the border into Canada, we witnessed the last of one of these fires smoldering away.

This section of the Alaska Highway is quite remote but traverses some beautiful lands.  Our first stop back in Canada was along Kluane Lake because it has some amazing shoreline boondocking and incredible views!  We spent a few days here soaking in this majestic place, hiking the shoreline, and watching our wildlife neighbors come and go.

With the help of our MobileMustHave Connectivity equipment and cell plans, we were able to boost our signal and get some work done.

Once we got back on the road, our next stop was Haines Junction.  As the name implies, it’s the junction of the Alaska Highway and Highway 3 that connects to Haines, Alaska, also known as the Haines Highway.

We stayed the night in a campground here to refresh our supplies and visit the Da Ku Cultural and Visitors Center.  We learned about the native tribes of the area and Kluane National Park that borders the highway to the west.

This park is enormous. It covers almost 9000 square miles of rugged terrain and includes the second highest peak in North America, called Mount Logan.  This mountain is only 600 feet shorter than the famous Denali! It also holds the record for the largest non-volcanic mountain by base area on Earth!

While we didn’t get to see this amazing mountain (as it is located closer to the shoreline and not viewable from the road), it was fascinating to learn about.

After learning about Kluane National Park and Haines, Alaska, we decided to make the trek south instead of continuing on the Alaska Highway to Whitehorse. This drive turned out to be spectacular, as it was accented by the intense yellow of the fall foliage.

We made our first stop at Kathleen Lake that is inside Kluane National Park.  We learned that this lake houses a special type of fish called the kokanee salmon.  This is a unique species of salmon found only here that does not migrate to the ocean; it lives solely within the waters of this lake.

These salmon are sockeye salmon that were trapped in the lake when a massive ice dam formed in the 1700s by the Lowell Glacier. This trapped the fish in the lake and forced them to adapt to year-round life in freshwater.  When the dam finally broke, the fish were so used to this new way of life that they stayed put.

Further down the road, we hiked up into Kluane National Park to Rock Glacier.  We followed this beautiful trail up to the nose of a glacier-like structure consisting solely of rocks.  At one time a glacier flowed down this mountain slope and got covered in falling rock debris.

The ice continued to flow extremely slow and carried the rocks downhill with it.  Over the years the ice melted away but left this distinct pile of rocks on this hillside.

Driving the Haines Highway in Alaska

We continued our drive south and found an amazing riverside boondocking site shortly before crossing back into Alaska. The Haines Highway, also known as the Haines Cut-Off, passes through a sliver of British Columbia before it delivers you back into Alaska.

The final section of the drive before getting to Alaska was high-elevation tundra. We quickly started to descend into a vastly different terrain of dense forest. At the lower elevations, the fall colors all but disappeared as we got closer to the coastline.

The Haines Road runs down into the Chilkat River Valley where it follows the river out to the ocean and to the town of Haines.  This valley was incredibly beautiful and the road had many pull-offs to take in the views.

These river flats are part of the Chilkat Bald Eagle Preserve. This preserve protects the river for bald eagles that use this area for both nesting and during their fall migration.

We were here a bit too early to see the annual spectacle where thousands of bald eagles stop here on their way south in November. They, like the Katmai brown bears, rely on the salmon run for their winter preparations. We did see a few of the local birds and learned lots from the educational signs along the road.

Haines, Alaska is a small town straddling the peninsula between the Chilkat and Chilkoot Inlets.

While ocean water laps at the shore, this town lies 150 miles from the open ocean by water. This town is tucked up into the fjords and islands that make up most of southern Alaska’s panhandle. It is a popular stop for Alaska cruise ships, and has a cute a vibrant downtown that caters to tourists.

We first explored this peninsula and visited two sites of the Chilkat State Park which makes up a good chunk of the land.  We hiked along the Battery Point Trail to enjoy this lush northern rainforest and to soak up the humidity that we had not seen all summer.

These parks were popular with the locals and offered views of the town from the water.

The Hammer Museum in Haines, Alaska

While exploring Downtown Haines, we saw a giant hammer on the main street. Intrigued, we investigated to find The Hammer Museum!

Dave Pahl, a blacksmith and avid collector, started the museum in 2002. This museum has thousands of hammers on display that have been meticulously organized and arranged for guests’ viewing pleasure.

The Hammer Museum has flexible hammers, curved hammers, gold hammers, soft hammers, big hammers, small hammers, and every other kind of hammer you can think of! Being a mechanical nerd and wannabe blacksmith, this museum was right up Tom’s alley.

RVing on the Alaska Marine Highway

Haines is typically accessed by the highway that we had come in on, by cruise ship, or the Alaska Marine Highway. We opted for the latter as our way out.

Many of the communities in southern Alaska are so far spread and roads are difficult or impossible to build. Because of this, Alaska’s transportation is frequently by air or water.

Affectionately called the “Blue Canoes,” the Marine Highway ships sail between the islands and mainland communities with passengers, cargo, and their vehicles. We were loading the truck camper RV onto this ferry to make the short crossing from Haines to Skagway, Alaska, preventing us from backtracking, and saving us upwards of 5 hours of drive time.

Ferry Ride From Haines To Skagway

Our day for sailing had taken a turn for the worse with clouds rolling in, spitting rain, and very high winds, but that is not too unusual for this time of year.  We drove onto the boat and with inches to spare were nestled into the vehicle deck.

After getting parked we went topside to watch our departure.   These boats make some long treks, up and down the Alaska Coast and way out into the Aleutian Islands.  Some passengers do is set up tents on the deck, sleep under the heat lamps, or make one of the indoor lounges home for the journey.   While they may not be cruise ships, they are an economical way to get around the coast.

As we neared Skagway the first thing we noticed were the cruise ships.  We were told that this port can handle 5 ships at once as this is a popular cruise destination.  After a rough docking we headed back to our vehicle to disembark.

Unfortunately, it was closed for the season and the weather was too poor to hike the famous Chilkoot Trail, but we did a little shopping, as gold rush-era advertisements still called to us from the hillsides and the stores were still there.

Back On The Klondike Highway

After our short visit to the town, we hit the road driving the southern leg of Klondike Highway that climbs up into White Pass.  (We had done the northern leg earlier in the year up to Dawson City!)

The weather was poor but we could see the train tracks ascending the pass on the other side of the valley, and stopped briefly to learn about the reservoir and pipe that provide hydroelectric power to the town of Skagway.

Upon reaching the top of the pass we settled in for the night at a pull-off, hoping the weather would improve by morning.

As luck would have it, we awoke to a much nicer day and continued our drive and made our 7th border crossing of the trip back into Canada.  We had been down so many beautiful roads on this trip, but this one was definitely top of our list winding along breathtaking remote lakes!

About an hour and a half north of the border we came to the small town of Carcross, the name being shortened from its original designation as Caribou Crossing.  The town is famous for mountain biking, and being home to the World’s Smallest Desert!

…Okay, it’s not really a desert, but it looks like one, and stands out because these tan-colored dunes seem to be completely out of place here in the north.  When massive glacial lakes of the past dried, this sand was left behind and blown into this one square mile patch of sand that we had a blast hiking and playing on.

Our final leg of this drive took us up to the city of Whitehorse where we were mainly going to reprovision, however we did explore the town a bit and visit Miles Canyon that the Yukon River flows through, just upstream of town.

We learned that the river is dammed near the town to submerge the treacherous rapids and make these waters more navigable.  The rapids that are no longer were said to resemble the mane of a white horse and are how the town got its name.

From here we would once again turn south as the weather was getting colder by the day, and while we thought we had seen the last of Alaska, one final adventure in the Last Frontier awaited.

The Go North Expedition is made possible by Lance Camper Manufacturing, Battle Born Batteries, Truma North America, Dometic, LivinLite.net, Hellwig Suspension Products, and viewers like you through Patreon. Thank you! 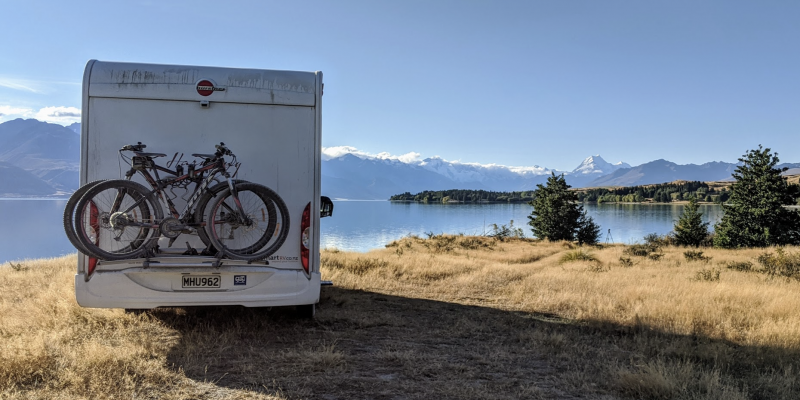 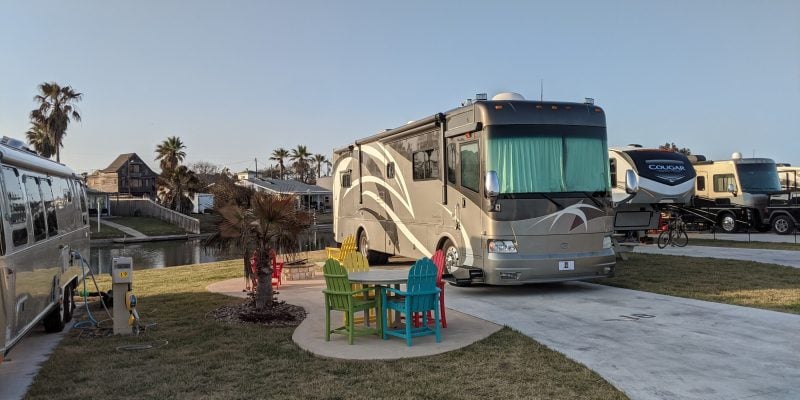 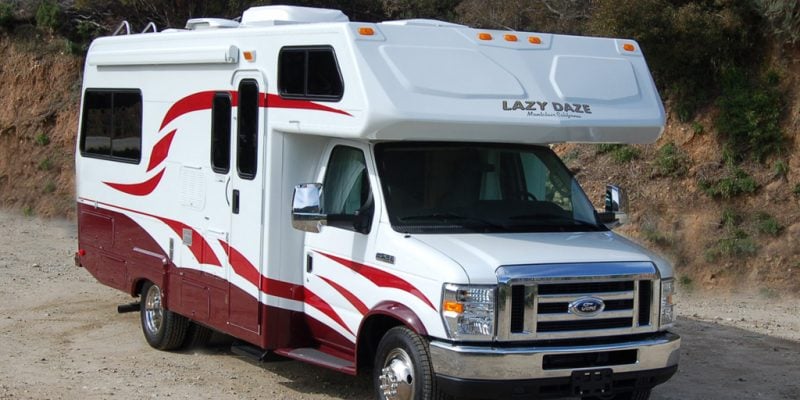