You are here: Home / RV Travel Destinations / You Can Camp Near Amazing Nashville TN
0shares

Travel Stage: After the Great Smoky Mountains, before heading north
Summary: We find an amazing camping spot near Nashville TN that allowed us to easily explore the city from. We bike the city, check out Broadway Street, and get to see a friend perform some live music!

​We stayed at our first Army Corps of Engineers campground called Seven Points Campground next to the Percy Priest Lake in Hermitage, TN. This place was great – for $20/night we had full hookups and an awesome site on a beautiful lake. Every site was uniquely engineers with terraces, picnic table areas, and steps. Not to mention it was by far the cheapest thing we could find within 20 minutes of Nashville!

What to do when camping near Nashville

​We only stayed near Nashville for two nights, so we had a lot to do in a very short amount of time!

First, we stopped by the Grand Ole Opry on the north east side of the city to see the famous theater. The giant guitars were great for photo ops….but we discovered we were missing the memory card in our camera after we took our pictures! Grrr… Here is one I found online: Photo credit: Paramountsong.com

Atrium at the Opry Hotel

​The Atrium at the Gaylord Opryland Resort (right behind the theater) was even more amazing. Imagine a tropical rainforest with waterfalls and rivers and flowers. Now imagine that inside of a hotel! It was quite spectacular! Photo credit: Forbes.com

​Afterward, we headed into downtown Nashville. Nashville is the capital of Tennessee in addition to being the capital of Country Music. Nashville is the state’s second largest city (largest is Memphis) with 1.7 million people living in its metro area. It goes by many different nicknames: Music City, Cashville, Nashvegas, The Buckle of the Bible Belt, and the Athens of the South (will explain this one in a minute) all playing on the city’s unique features and culture.

​It has a lot of parks, and there are two of special note that we visited. The first is Centennial Park, built in 1896 for the centennial of the founding of the state. Here you will find a replica of the Parthenon of Athens, Greece! This is one of the reasons it is called the Athens of the South, along with its 24 colleges and universities that compared it to the ancient city of learning. The Parthenon of Nashville was constructed for the Centennial Exposition held in the city out of temporary materials, but since the people of Nashville loved it so much they rebuilt a permanent structure.

​Next is Bicentennial Park. Can you guess when/why it was built? Yes, on the bicentennial of the state. This park was opened on June 1, 1996, to commemorate the 200th anniversary of the establishment of Tennessee’s statehood. This park is very large and stretches out in front of the capital buildings. It is a huge timeline that marks the events over the two hundred years in relation to the city, the state, and the country. At the large events, like WWII, monuments were built along the timeline commemorating those particular events. As you walk the park, you feel like you are walking through time. We spent quite a while here.

Why Tennessee is called the “Volunteer State” ​The park also has a fun display of water fountains that light up when dusk falls.

​If your camping near Nashville you need to check out the music scene! From the Bicentennial Park we biked into the city to Broadway Street in the downtown area to see the neon lights of Nashville! Where dreams are made or broken, where all the musical talent gathers and competes for their chance in the limelight. Music poured from every bar and restaurant, and tourists swarmed.

We did some research on places to hear FREE live music in the city, and found this helpful website: Music City’s Guide to FREE Live Music in Nashville. As you can see, there are tons of options in each region of the city!​

We biked down and along the Cumberland Riverand made our way to the Country Music Hall of Fame and Museum where the Music City Walk of Fame Park is located. It was fun reading all the names, most we recognized and some we didn’t. We learned that the dedication ceremonies are free and open to the public. You can find out if a ceremony is happening during your stay by checking out the Music City Walk of Fame Website.

​As evening fell, we made our way back to where we had biked from near the Bicentennial Park and the Capital Building. It was a Farmers’ Market that was closed that day, but it seemed to be the place to park for free to go biking. We saw 4 or 5 biking groups take off from this place just like us, so we figured it was legit.

We made our way out to Douglas Corner Café where we were going to see country singer-songwriter Hannah Bethel perform. Hannah and I had gone to High School together and she has been in Nashville since college studying and making music. We were so fortunate to be there for one of her sporadic performances!

We also really liked the group that opened for her!
​They are called Towne and you can check out their music here: TowneMusic.com Towne ​

Seeing Hannah perform was a great way to wrap up our Nashville experience! To be honest, we were skeptical of how much we would enjoy it since we are not really city people, but Nashville was a lot of fun and we’d definitely go back again some day! We love using the Camper to stay near cities and camping near Nashville worked out great! Let us know in the comments below if you camped near Nashville? 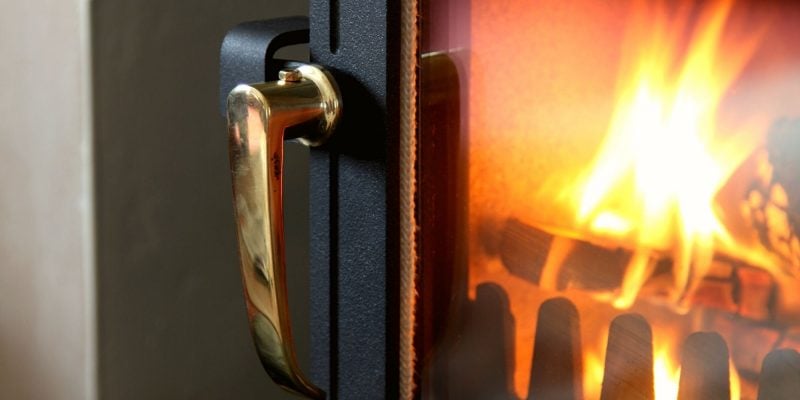 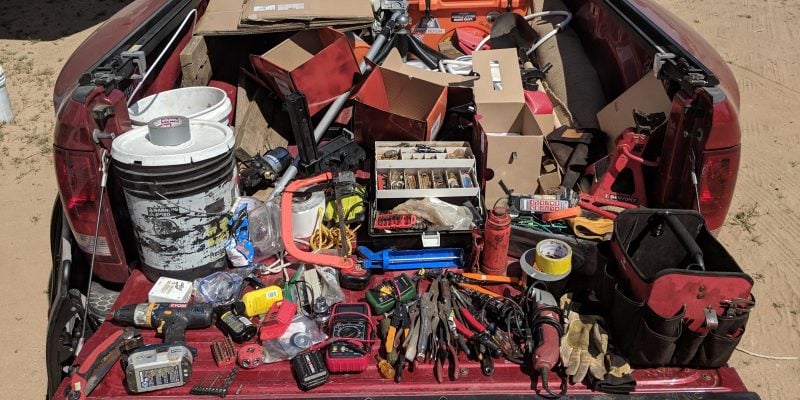