0shares
Travel Stage: Day trip to Charlotte while staying on the farm
Date: Dec 17, 2015
Summary: Quick bike tour of Charlotte, which was only about 25 minutes away from where we were staying in Huntersville.
We were only about 20 minutes away from the city of Charlotte for almost a month while boondocking and hadn’t gotten around to making a trip to see it. A couple days before we planned to depart North Carolina, we decided to make a day of it. We took our bikes like we have before to tour the city. It is such a good way to see a lot of a city in a short amount of time. 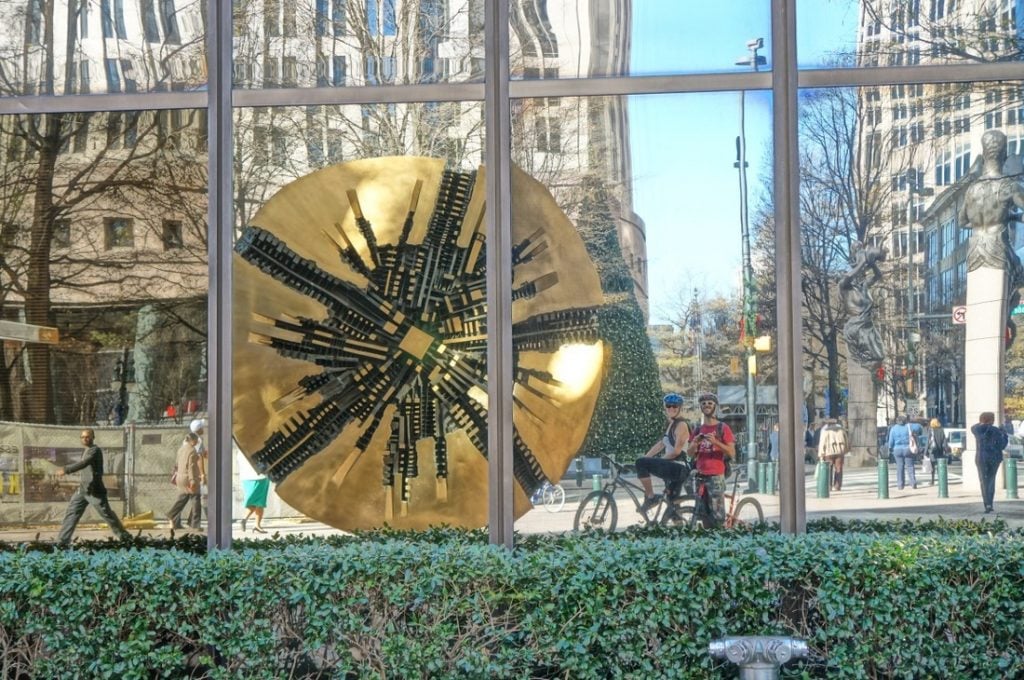 ​Before this lifestyle, we considered ourselves pretty frugal people. Now, we are even more so, and cities to us generally mean expensive. Food, shops, entertainment – it’s all pretty expensive. Luckily, we’ve learned that you can get the “feel” of a place by just observation. And if you look in the right places, you can find some pretty cool things for free or cheap.
​Charlotte was a very “clean” city. Everyone had told us this before going, and we really didn’t understand it until we got there. It probably has to do with the amount of money there. Practically every big bank has their headquarters or at least some physical presence there. All the shopping plazas were named after banks: the Wells Fargo Plaza, the Bank of America plaza, etc. We were there over lunchtime, and everyone on the streets was wearing suits and ID badges for their respective employer. (We actually felt very underdressed!) It just makes sense that that type of presence would encourage “cleanliness” in the city.
​It was before Christmas, so the city had decorations out and there were street performers playing Christmas songs in the public squares. We grabbed some lunch, did some Christmas shopping, and wrapped up our time in the city.

Cool things we did/saw:
Sculptures On The Square – This suite of four large bronze sculptures monumentalizes the forces that have shaped the development of Charlotte. The Future, Commerce, Transportation, and Industry are figurative representations that link the city’s past, present, and future. Each sculpture is placed at a corner of the intersection of Independence Square, with The Future as the symbolic focus. 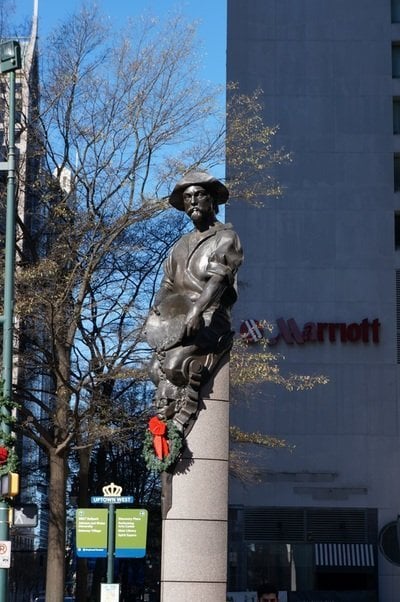 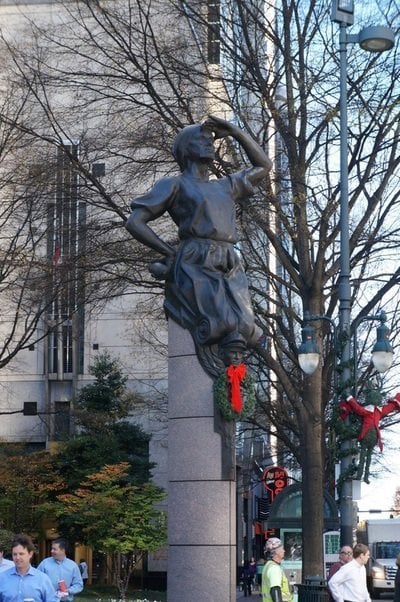 The Writer’s Desk Sculpture outside ImaginOn, the children’s library 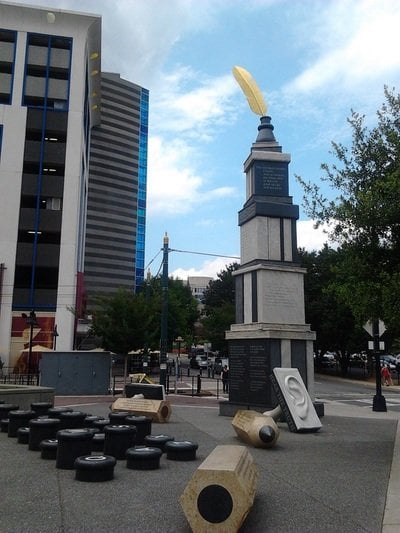 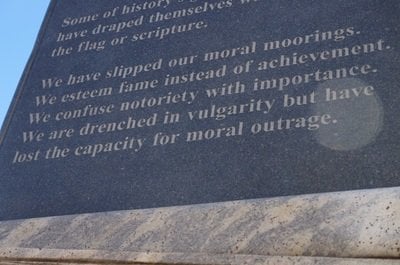 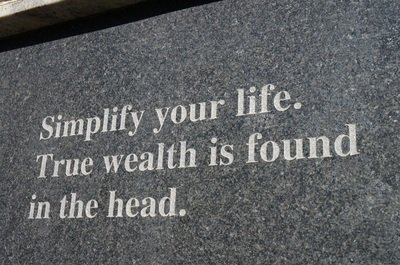 Discovery Place – we didn’t go in, just played with the displays outside the front doors. But the place looks awesome!
Mint Art Museum – really cool gift shop and sculptures in courtyard
The Grande Disco – sculpture in the center square 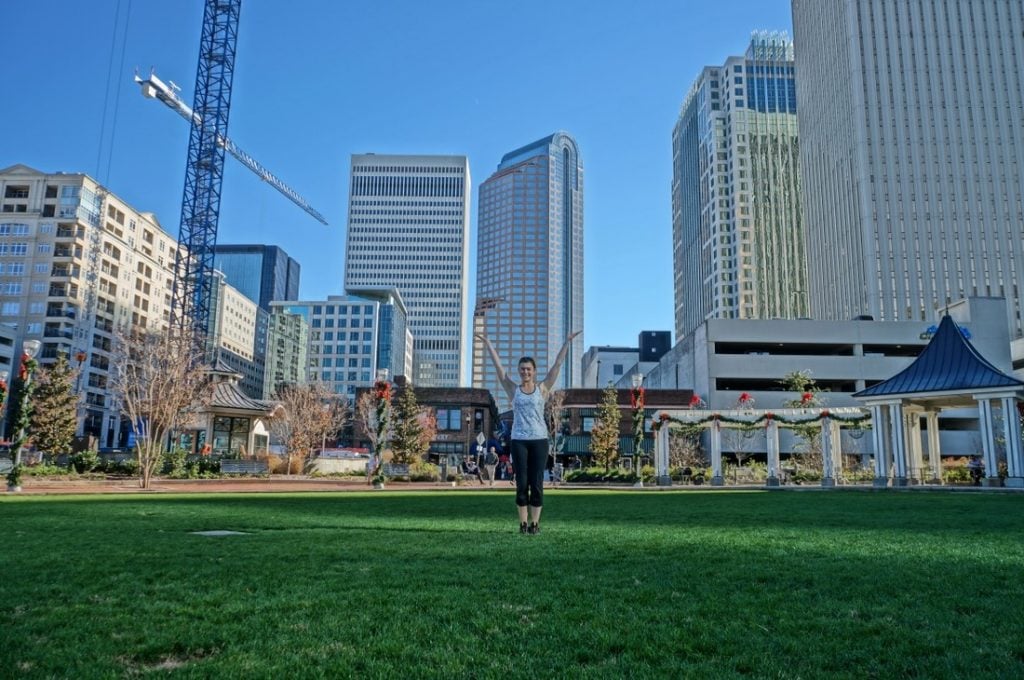 The other thing we learned about Charlotte was that the “sub-tropical weather line” is just south of it, near the South Carolina border. And sure enough, a few days later when we had packed everything up and crossed that line, it was like going back to summer!

We were off to explore the South Carolina Lowcountry, and experience a Southern Christmas. 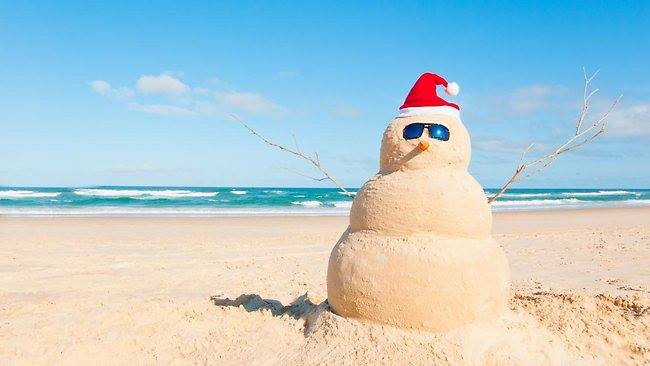 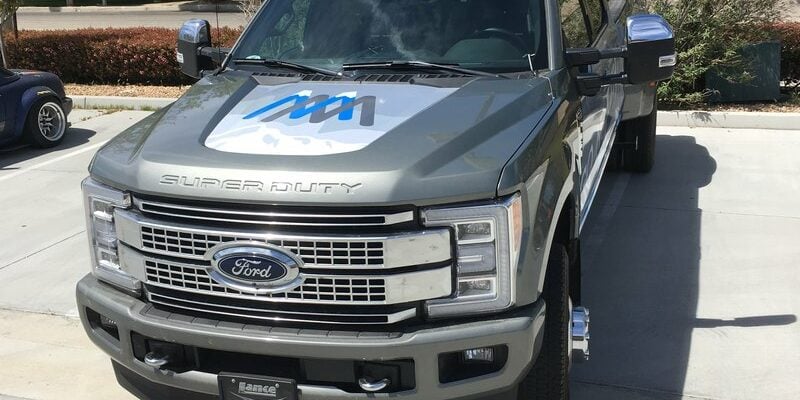